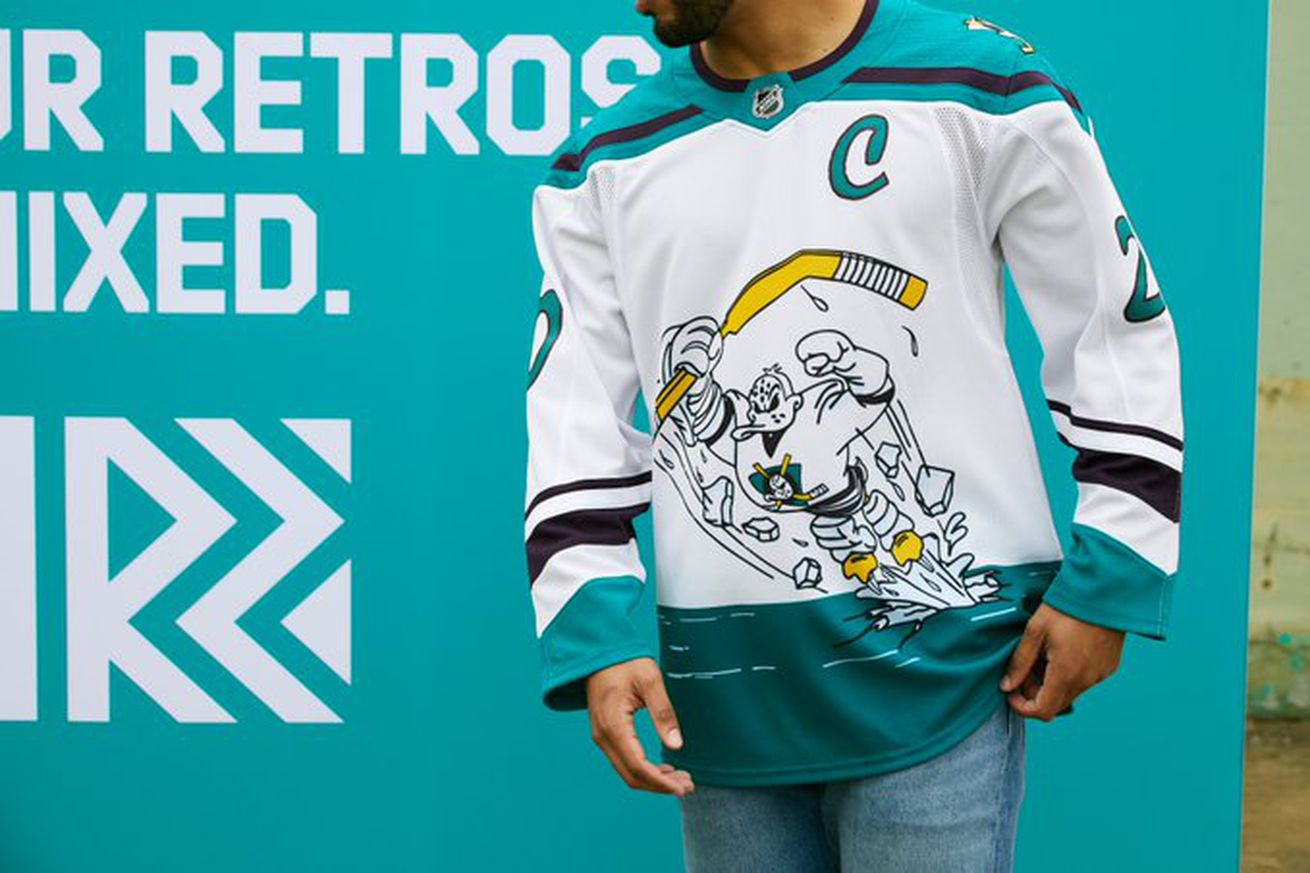 The NHL unveiled their new reverse retro jerseys on Monday morning, and for the most part they’re pretty great. Many play into the staunch traditional of organizations, others play with the nostalgia of the era in which they were created. Some are just sad.

I’m generally of the opinion that all jerseys are good jerseys. It’s like pizza. I may have personal preferences, but I’m all about giving people more options so they can explore their personal style. Now, let’s get to talking about these.

The moment you’ve been waiting for!

Check out these beautiful #ReverseRetro jerseys by @adidashockey ⬇️ pic.twitter.com/V9RBDOxM6C

This might be the most perfect sports jersey in history.

That coyote is going to murder me with nostalgia.

I shouldn’t like this as much as I do.

This demon horse is so metal, and I love it.

The Whalers logo is the most perfect logo of all time.

The front is a mystery, and I’m into it.

“Nordiques” is such a fun word to say.

This jersey is not blue, nor is it a jacket.

For the jersey lover who really likes things to be tough to read.

Most of us forgot the Panthers were a team until we saw this. That’s so weird, right? I mean, it’s not a knock on the fine legacy of the Florida Panthers, just an acknowledgement that they’re one of the most forgettable teams in sports. Did you know the Florida Panthers don’t even play in a major city in Florida? They play in Sunrise, which is lodged between Pompano Beach and Ft. Lauderdale, and has a population of just 94,000. That’s all so weird.

Thank you for subscribing to Florida Panthers facts.

You could tell me this is the jersey for Australia’s national hockey team, and I’d believe you.

This color is so saturated it looks like it belongs in a 1997 Ralph Lauren catalog.

These colors are so good you can’t really screw it up.

You put this on and yell at a Starbucks employee for saying “Happy Holidays” instead of “Merry Christmas.”

This looks identical to all their jerseys.

You can look down at your tum tum and stare Lady Liberty in the face.

Remove the logo and this is a rugby jersey.

This is going to look so good on Gritty.

I’d wear this, and I have no affinity for Pittsburgh.

That note isn’t even on the chart, and that’s what the blues are all about.

Reminds me of WinAmp.

Giant logos that take up 3⁄4 of the jersey are good.

I love the color split, which really makes it look like the whale is leaping out of the ice and going to the dentist.

Watch out, that eagle fixing to steal your phone.

This feels so much more like a jet than any of their other colorways.

NFL teams that score 16 pts win more often than those scoring 21. Why?