You know when you plan out every detail of your morning to a T… then nothing happens as planned, and all good intentions go out the window? It often comes with a major life lesson, as was the case for me on a recent day when I realized I needed to make a few mindset adjustments. I’ll explain.

Last Wednesday, I had just finished a bootcamp workout and was headed out for a slow recovery walk around the lake. It was an intense week of workouts and my body felt like it was hitting its limit. I started doing a daily walk at the beginning of quarantine to take calls and listen to podcasts, but now that we’re 6 months in, they’re now a staple. It’s become a way to see the local community from a distance and feel connected while staying safe. Plus it’s nice to move my legs, do a little market research (I work for an athletic apparel brand), and perhaps most importantly — have some creative alone time. The plan for that particular Wednesday was: bootcamp, 1.5 mile slow walk, and get home to start the work day early.

Just as I was about to turn around and head home from the walk, I felt a tap on my shoulder. I turned to my left and saw it was my dear friend Gilbert Tuhaboyne. If you know Gilbert, you know he’s quite the human — a long distance runner; founder of a local running crew Gilbert’s Gazelle’s and the Gazelle Foundation; an author with a touching story of growing up in Burundi where he survived a massacre during the Burundian Civil War; and above all else, one of the most joyful people on the planet who truly leads with a spirit of kindness, empathy, grace, and happiness.

Gilbert’s the type that will make you believe you can do anything. 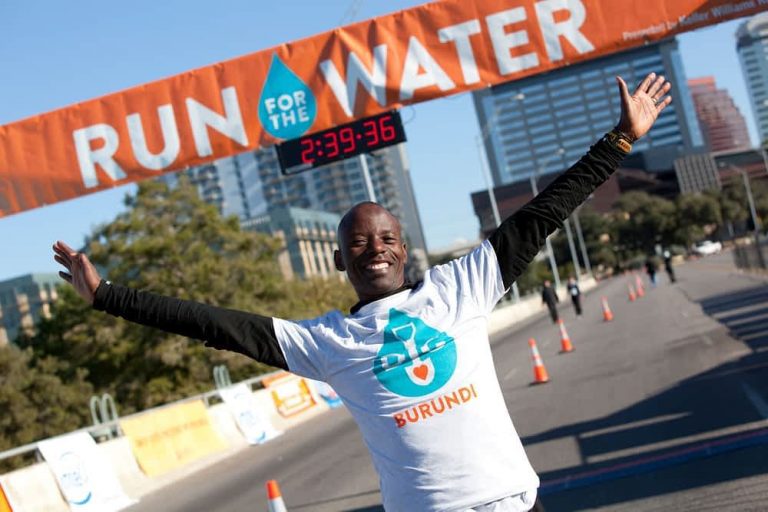 “Hi Gilbert!” I said with excitement.

My mind started to race: Run? No. Today was my day of rest, there’s no way my body can handle a run.

He interjects, “It’s all in your head. Let’s just go slow and have a conversation. So how was your weekend?”

I couldn’t turn him down. So we ran. Shortly after, Gilbert broke away to finish his run (at a much quicker pace), and I kept going. I was surprised — running actually felt better than walking, and I was feeling great. About a mile into running solo, Gilbert passed me in the other direction with a huge smile on his face, “I knew you could do it, Kelly,” almost loudly singing the words that were coming out of his mouth. And he was right, I could. 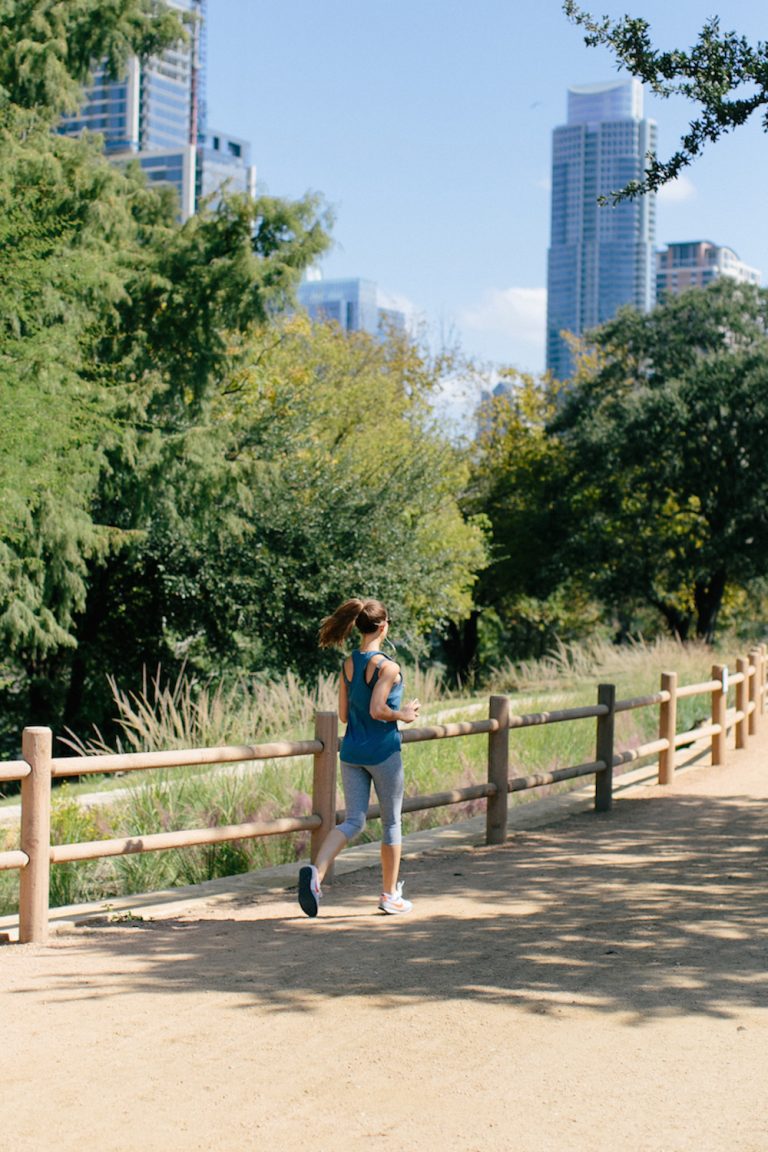 The entire run back, I thought about the significance of Gilbert’s tap on my shoulder, and how one tiny small gesture led to a big introspective moment.

How often do I wait for a “tap” from someone else before trying something new? How often do I allow myself to tap on my own shoulder and give whatever a go, and ultimately getting out of my head? And, how often am I showing up for my friends just as Gilbert did for me? All I could repeat in my head on that run was, “Are you going to wait for a tap, or will you be the tapper?”

I soon thought about my many therapy sessions where we’d talk about, as Brene Brown likes to say, the stories we tell ourselves when we don’t have answers (hint: they’re usually fictional.) The ones where I’d walk in apprehensive about anything under the sun (for the sake of this piece, let’s say dating) and later walk out refreshed, empowered, and excited to give it a go, all because I got out of my head. 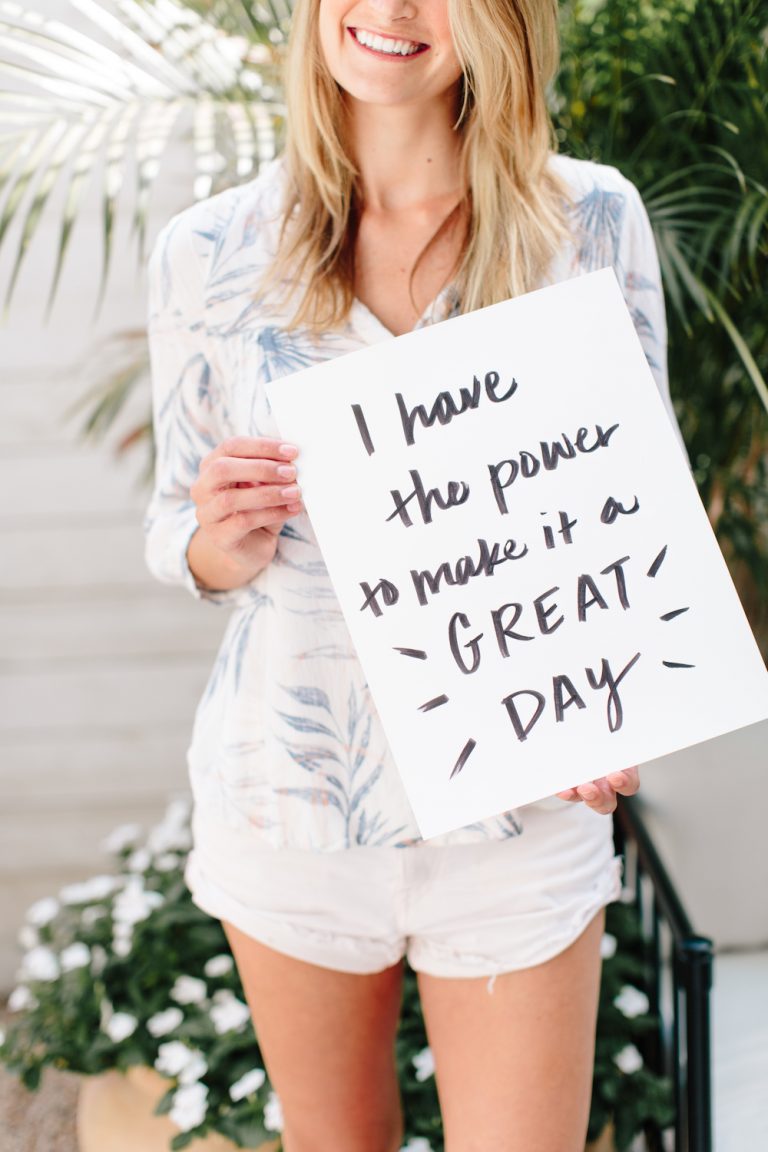 Then I thought about something my friend Ashley Kelsch of Modern Renegades podcast always prompts her listeners to do when they start conjuring up stories in their heads. She says to ask ourselves “Could the opposite be true?” With the dating example, one could say, “Ugh, he’s not asking me out again because I said something wrong.” Ashley would likely ask inquisitively, pensively, but ready to hit ya hard with the good stuff, “Might he not be asking you out this very moment because you’re amazing and he’s timid and doesn’t know how?” I always respond with a “well played” to whatever topic we’re discussing, but it’s another “tap on the shoulder” and a beautiful reminder that we could help ourselves by just getting out of our own heads. 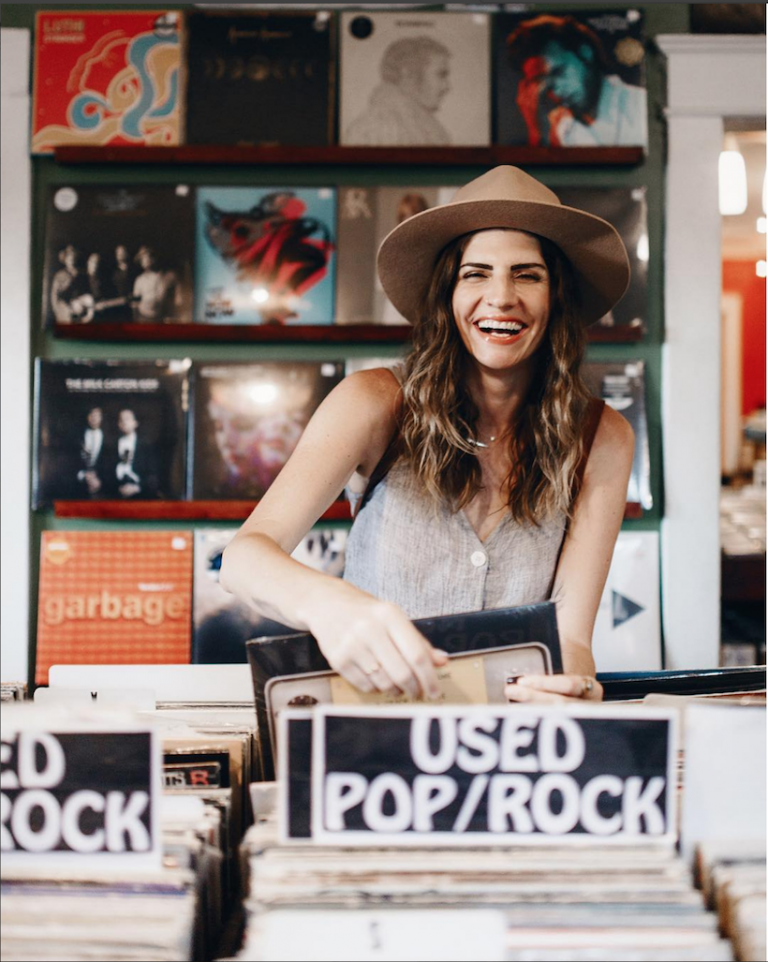 The entire week I’ve been using the proverbial tap to just try new things without an invite or prompt or suggestion from someone else. That’s led to me running longer than I thought I could and picking up the heavier weights during bootcamp; pitching an Editor to interview a rad human; going on a socially-distanced date; and booking a trip with/without a friend confirmed to join. All things I’m pretty confident doing anyway, but what’s different now is that I’m having zero hesitations doing them. And the part about tapping on friends’ shoulders? Well, that’s easy. There’s nothing to lose (and a lot to gain) by helping people you love realize their full potential.

So readers, how are you going to show up for yourself and your pals this week? Whose shoulder will you tap, and can you push yourself forward without waiting for someone to tap yours?

The Best and Worst Foods for Gut Health, according to Kelly LeVeque

Peach, Pesto, and Balsamic Pizza is Summer on a Crust