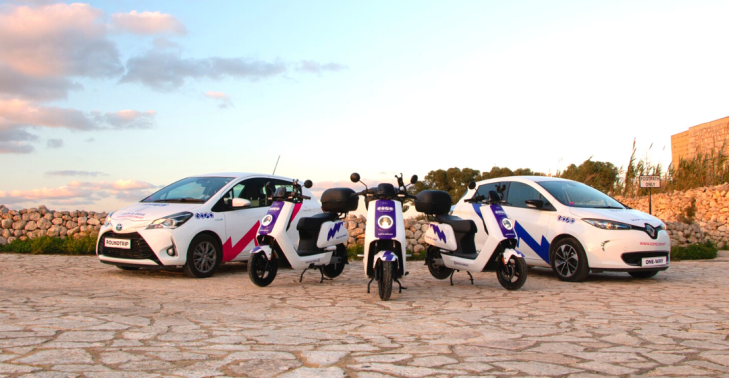 Adam Neumann, the controversial co-founder and former CEO of WeWork, has taken a 33% equity stake in GoTo Global, a shared mobility company that operates in Israel and Malta and aims to expand into Europe later this year.

Neumann’s family office, 166 2nd Financial Services, invested $10 million into GoTo Global, as part of a $19 million Series B round. As part of his investment, Neumann will be able to appoint one board member on his behalf. Existing shareholder Shagrir Group Vehicle Services, a publicly traded Israeli company, also participated in the round.

GoTo Global (also referred to is GoTo Mobility) is mobility-as-a-service company that is aiming to cover the entire range of shared vehicles from cars and mopeds to bicycles and electric scooters. The company, which started in 2008 with a focus on car-sharing, previously raised $3 million in seed funding. It had also secured a $9 million loan from Shagrir, which has been converted into the equity investment.

This latest funding will be used to expand its shared services into Europe, beginning with Madrid.

Since forming 166 2nd Financial Services, Neumann has made about 15 investments in startups in Canada, Israel, UK and the United States, including EquityBee, Moon Active and Peach Street.

However, this is Neumann’s first investment since he filed a lawsuit against Softbank Group for alleged breach of contract and breach of fiduciary duty for pulling a $3 billion tender offer for WeWork shares. SoftBank Group pulled its $3 billion tender offer for WeWork shares April 1, citing COVID-19’s impact on the business but also closing conditions not being met.

COVID-19, or more specifically changing consumer behaviors due to the pandemic, is largely what has driven Neumann’s investment in GoTo Global, according to a source familiar with the investment. Neumann isn’t speaking publicly due the lawsuit.

Neumann made the investment because he believes flexibility will be a key component in people’s lives post-COVID-19, the source said.

GoTo Global is just as bullish on its post-COVID future.

“Shared mobility, and transportation in general, was one of industries hit hard by the economy lock-downs as people were required to self-isolate,” GoTo Global CEO Gil Laser said in a statement announcing the raise. “But we are the ones who made the come-back fastest, we are +12% back to pre-lockdown baseline. We understand that although on one hand shared transport may not seem to be the safest solution, on the other hand it is perceived as a safer option than a public transport and it is definitely a much cheaper option than an owned car.”

That Whole Foods is an Amazon warehouse; get used to it – TechCrunch